At a recent executive meeting of the State Council， Chinese Premier Li Keqiang made arrangements to promote the model of the China （Shanghai） Pilot Free Trade Zone （FTZ） in other parts of the country and proposed to establish three FTZs in Guangdong and Fujian provinces， as well as Tianjin Municipality.

Amidst a transformation of the national economic growth model， there have been new demands for a supporting service environment. In the early years of reform and opening up， the development model of foreign trade once effectively vitalized the market， spurring local governments to set up special customs supervision areas such as bonded areas， export processing zones and cross-border industrial parks. However， after the 2008 global financial crisis， overseas markets descended into a recession. Since then， domestic consumption has gradually replaced exports to play an important role in stimulating Chinas economic growth.

Moreover， with the acceleration of industrial upgrading， many Chinese enterprises no longer settle for competing in processing and manufacturing and have begun to explore the high value-added areas such as research and development， design and after-sales service， boding well for the expansion of domestic trade. Therefore， the original special customs supervision areas featuring bonded areas cant fully satisfy all the practical demands of enterprises in the areas， and an attempt has been made to set up FTZs supporting both export and domestic sales.

Since its establishment in 2013， the Shanghai FTZ has achieved brilliant results in attracting foreign investment and stimulating investment in the overseas market. By learning from Shanghais experience and making use of regional advantages， qualified regions will see the effects of FTZ on boosting economic growth. In fact， the three new FTZs have their own distinctive regional features.

In the neighborhood of Hong Kong， the prospective FTZ in Guangdong will primarily target Hong Kong-， Zhuhai- and Macao-based enterprises and has bright prospects in the highend financial services industry. Since Qianhai Shenzhen-Hong Kong Modern Service Industry Cooperation Zone has made breakthroughs in financial reform and innovation， locally registered enterprises can gain access to lowinterest loans from Hong Kong by applying for cross-border loans， an attempt to push forward renminbi internationalization and interest rate liberalization.

Fujian and Tianjin， due to their advantageous geographic positions in favor of foreign shipping trade， are both qualified to establish FTZs. The FTZ in Fujian can develop and maintain its strength by exploring the cross-Straits trade ties， while the FTZ in Tianjin can develop offshore finance and finance lease on the basis of the Beijing-Tianjin-Hebei coordinated development.endprint

Compared with the traditional bonded area， which is mainly known for its preferential policies regarding tax deduction and exemption， land use and import-export tariffs， the FTZ is more strategically designed and focuses on the opening up of factor trade， which has generated higher demands for talents， services and capital flow.

One important sign of a matured FTZ is the free exchange of renminbi. In the future， competitions among FTZs in different parts of the country will mainly concentrate on finance. Objectively speaking， the Shanghai FTZ has not yet built a renminbi reservoir to promote renminbi internationalization. Although residents and non-residents in the Shanghai FTZ are now allowed to open domestic/foreign currency free trade accounts and risk management of separate accounting business has been put in place， nobody knows what development opportunities these reform measures can bring about for Shanghai-FTZ-based enterprises and financial institutions.

As a matter of fact， financial institutional innovation is no easy job and cannot be realized unilaterally. Take the cross-border loan reform in Qianhai for example. To ensure financial risk supervision， the cross-border loans obtained by local enterprises cant flow to other regions from Qianhai， which has seriously blocked the opening up of the local financial industry. To eliminate the constraint， a series of supporting measures have to be taken in terms of improving the corporate credit system， strengthening the supervision of speculative behaviors such as interest arbitrages and currency arbitrages. In this sense， more efforts should be made in promoting service awareness and innovative thinking.endprint 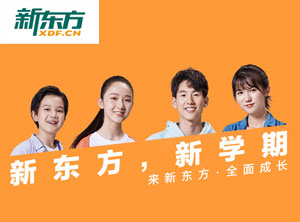